A capacitive switch or capsense is a type of input device which primarily functions on touch control. Such switches operate by measuring change in capacitance. The functioning of capacitive switches is similar to a typical capacitive smartphones. In case of smartphone, when you touch the screen surface, there is a transfer of small electric charge, from your body to the switch. This causes change in capacitance, which is detected by the switch, which further responds with suitable command.

The capacitive touch switch has a pre-defined own charge. The instance this charge experiences change in its magnitude, it causes change in its capacitance. This change helps the switch to identify when and where the touch occurred.

A capacitive touch switch consists of three main layers, the circuit, the graphic overlay and the back plate.

The overlay consists of the graphic artwork and can also include coatings, windows, texturing and embossing according to one’s choice.

The back plate is the final part of the capacitive button switch, and may or may not bond or adhere to your specific specimen. The most common cover material used for overlays is plastic, acrylic, and glass due to their endurance and versatility.

There are no mechanical elements in a capacitive touch switch, thus capacitive switches have a longer life when compared to their mechanical counterpart. Further, capacitive button switches can withstand some of the harshest working conditions, including outdoor environments. However, if dust or moisture is a concern, capacitive switch is probably the best and stylish option for an electrical switch.

The significant thing to remember about capacitive switches is that they rely on direct contact with a conductive object to operate. This is why using a stylus normally won’t work (unless it’s a capacitive stylus).

Capacitive touch controls switches can actually determine the touch through 20 mm thick of an insulating material cover. This insulating material predominantly in use is tempered glass or plastic film. It ensures that the product’s responsiveness, stability, rigidity aren’t changed with ambient conditions and long- term use, and retains the liquid proof and anti-interference capacity.

Capacitive touch control switches do not possess metal parts where touch is made by user; this eliminates possibility of electrical shock and ensures safety. The part of touch circuit is placed on the back side of insulating cover. This facilitates keypad to be sealed from the surroundings. Capacitive switches have no mechanical elements, do not wear out, have a long life, and can reduce the maintenance costs. 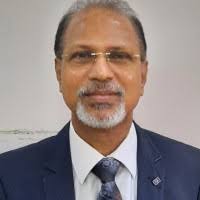 […] for example, membrane switches can be made utilizing either tactile or non-tactile feedback system. Capacitive touch, Resistive touch, and Force Sensing resistors (FSR) are examples of products that must be made with […]